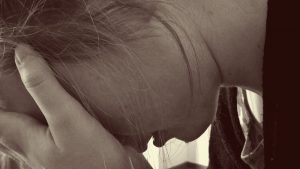 Many teenagers with low self-esteem believe that they are unlovable, undesirable, worthless, and more, and this can impact their physical health.

Teenage years are tough enough without the additional affects from the Covid-19 lockdown; there’s a kind of ‘grief’ from the affects: they’ve lost a lot of their life; not being able to go to school; not being able to see their friends or go out; and maybe family bereavement too. Along with physical, hormonal and emotional changes, the added pressures of social changes, new relationships, increased educational expectations, parent break ups, increased financial insecurity, peer pressure and impossible societal ideals spread by the media, society and often parents, all contribute to low self-esteem, leading to drastic effects that not only affect a child’s mental health but their physical health as well.

What are the signs your teenager is struggling with low self-esteem?

Struggling to understand your teenager? 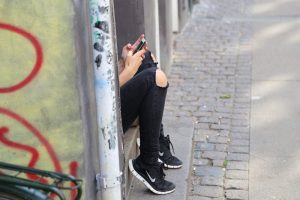 Not only do they have physical and hormonal changes to contend with, they are naturally more emotional meaning they can be particularly fragile, and self-esteem is often easily damaged and difficult to repair.

They have moved on from the protection and being King Pin at primary school and with the parent being in control, to this huge change to bottom of the chain again, making new friendships, finding where they fit in to their new tribe, having more independence and own decision making; parents aren’t needed as much which is why ‘they know best’ and the typical ‘Kevin’ behaviour starts!

The most important thing to remember is their emotional primitive brain is running the show, it’s much larger than the intellectual prefrontal cortex (PFC) in the teenage years. Their brains are undergoing massive change, the brain chemistry changes quickly, a rollercoaster ride of happy one minute, anxious, angry, hypersensitive to social situations or emotional the next, which is why they behave as they do and can be impulsive!

In young children the brain is like a sponge, the grey matter of the PFC thickens as neurons make new connections or synapses, absorbing everything and learning without the fears, hence toddlers don’t know their limitations and you need eyes in the back of your head to keep them safe. They need to sleep a lot because they’re exhausted! The volume of Grey matter peaks at puberty then declines during the teenage years into mid-20s.

Once they reach teenage years, they’ve learnt the basics, so the brain undergoes synaptic pruning in the grey matter to allow for more learning; the connections that have been strengthened aren’t pruned away, hence ‘use it or lose it’.

Each time they sleep the ‘pruning’ process begins. Imagine a garden, you know when it’s that time of year to prune back the trees and bushes so that the old, dead branches that serve no purpose can be cut away.

That’s the same in the brain, they don’t need to store all the information they know as automatic responses, and synaptic pruning is hard work which is why they need to sleep a lot.

However, as we know teenagers also like to push the boundaries too and stay up all night, they don’t want to miss anything, so they are the last one standing. If they ‘miss something’, then the next day at school can mean they are ostracised because they’re not in the loop. Unfortunately, anxiety can build up because they are not getting the right amount of synaptic pruning and it’s easy for the wiring to go awry.

Jay Giedd, a neuroscientist at the University of California, San Diego, discovered that increased white matter means the connections between brain regions become stronger and more numerous, this increases throughout childhood, adolescence and into adulthood, becoming more interconnected and specialised.

To use Giedd’s metaphor, “brain maturation is not so much a matter of adding new letters to the alphabet but one of combining existing letters into words, words into sentences and sentences into paragraphs.’

‘These changes ultimately help the brain to specialise in everything from complex thinking to being socially adept.”

The prefrontal cortex, intellectual brain, doesn’t fully develop until 25yrs+ meaning emotions can be regulated easier, however if the teenage years have been with heightened anxiety and low self-esteem, then the mental health issues can carry on through adult life.

What are the solutions to ensure our teens are self-aware and feel confident about themselves?

I hope this has given you an insight and understanding into the teenage brain and why they behave in the way they do. I have attended two Continued Professional Development courses in ‘Safeguarding and Working with teenagers to 25-year olds’ which has provided me with more in depth knowledge on their brain development and the issues teenagers are currently facing.

Whether you yourself are struggling to cope, or you have concerns about someone you love, a conversation with me might give you the answers you’ve been looking for. Click here to contact me.